In this survey we investigate the subacute effects of psychedelic substances. Data collection has been completed in the end of february 2021. Thank you for your participation!

What it is about

The survey is carried out by

is a psychiatrist, psychotherapist, and head of the research group Psychotropic Substances at the Psychiatric University Clinic Charité at St. Hedwig hospital in Berlin. He is also head of the outpatient and day clinic for people suffering from double diagnoses and head of the outpatient clinic for psychoactive substances, where people are treated for mental health problems or problems with integrating difficult experiences occurring after the use of psychedelics or other substances.

is a neuroscientist working at the Freie Universität Berlin. He is interested in the neuronal mechanisms of altered states of consciousness. He is running the Altered States Database: www.asdf.info His professional website is www.titoschmi.de

is a psychologist and psychotherapist and member of the psychotropic substances working group at the Department of Psychiatry at Charité in St. Hedwig-Krankenhaus, Berlin. Her research focuses on potential benefits of substance-assisted psychotherapy.

is a specialist for psychiatry and psychotherapy, FMH. Established in his own practice in Solothurn Switzerland. President of the Swiss Medical Society for Psycholytic Therapy (SÄPT), many years of experience with the use of psychedelics and entactogens in psychotherapy. Head of the first study on the therapeutic use of LSD after over 40 years of research interruption
We would like to thank Peter Gasser for his support with this study!

is a psychologist at the Hopkins Center for Psychedelic and Consciousness Research, with formal training in theology and comparative religion, has conducted psychedelic research at the Johns Hopkins School of Medicine for the past two decades. From 1967-1977, he also implemented clinical research in psychedelic therapy in the U.S. He is author of the recent book “Sacred Knowledge”.
We would like to thank William A Richards for his support with this study! 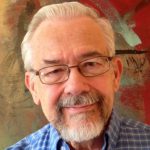 You can find results of previous studies on the Altered States Database www.asdb.info
Database